WS-11: Workshop on Advanced Technology for 5G Plus (AT5G+)

Biographies of the organizers:

Dr. Wen Tong is the CTO, Huawei Wireless. He is the head of Huawei wireless research. In 2011, Dr. Tong was appointed the Head of Communications Technologies Labs of Huawei, currently, he is the Huawei 5G chief scientist and leads Huawei's 10-year-long 5G wireless technologies research and development. Prior to joining Huawei in 2009, Dr. Tong was the Nortel Fellow and head of the Network Technology Labs at Nortel. He joined the Wireless Technology Labs at Bell Northern Research in 1995 in Canada. Dr. Tong is industry recognized leader in invention and standardization of advanced wireless technologies, he is the key contributor to 3GPP since its inception. Dr. Tong was elected as a Huawei Fellow and an IEEE Fellow. He was the recipient of IEEE Communications Society Industry Innovation Award for "the leadership and contributions in development of 3G and 4G wireless systems" in 2014, and IEEE Communications Society Distinguished Industry Leader Award for "pioneering technical contributions and leadership in the mobile communications industry and innovation in 5G mobile communications technology" in 2018. He is also the recipient of R.A. Fessenden Medal. For the past three decades, he had pioneered fundamental technologies from 1G to 5G wireless with more than 450 granted US patents. Dr. Tong is a Fellow of Canadian Academy of Engineering, and he also serves as Board of Director of WiFi Alliance. He is based in Ottawa, Canada.

Prof. Robert Schober (S'98, M'01, SM'08, F'10) received the Diplom (Univ.) and the Ph.D. degrees in electrical engineering from Friedrich-Alexander University of Erlangen-Nuremberg (FAU), Germany, in 1997 and 2000, respectively. From 2002 to 2011, he was a Professor and Canada Research Chair at the University of British Columbia (UBC), Vancouver, Canada. Since January 2012 he is an Alexander von Humboldt Professor and the Chair for Digital Communication at FAU. His research interests fall into the broad areas of Communication Theory, Wireless Communications, and Statistical Signal Processing. Robert received several awards for his work including the 2002 Heinz Maier Leibnitz Award of the German Science Foundation (DFG), the 2004 Innovations Award of the Vodafone Foundation for Research in Mobile Communications, a 2006 UBC Killam Research Prize, a 2007 Wilhelm Friedrich Bessel Research Award of the Alexander von Humboldt Foundation, the 2008 Charles McDowell Award for Excellence in Research from UBC, a 2011 Alexander von Humboldt Professorship, a 2012 NSERC E.W.R. Stacie Fellowship, and a 2017 Wireless Communications Recognition Award by the IEEE Wireless Communications Technical Committee. Since 2017, he has been listed as a Highly Cited Researcher by the Web of Science. Robert is a Fellow of the Canadian Academy of Engineering and a Fellow of the Engineering Institute of Canada. From 2012 to 2015, he served as Editor-in-Chief of the IEEE Transactions on Communications. Currently, he serves as Member of the Editorial Board of the Proceedings of the IEEE and as VP Publications for the IEEE Communication Society (ComSoc).

Prof. Zhi Ding is a Professor of Electrical and Computer Engineering. He received the B.S. degree from Nanjing Institute of Technology in 1982, M.A.Sc. degree from the  University of Toronto in 1987, and the Ph.D. degree from Cornell University in 1990, all in electrical engineering. He is currently Professor of Electrical and Computer Engineering, University of California, Davis, CA. His research contributions cover a broad range of signal processing and communication problems including wireless transceiver optimization,  blind channel estimation and equalization, multi-input-multi-output communications, multiuser detection, source separation, adaptive signal processing, parameter estimation, radar target discrimination, multimedia wireless communications,  and cross-layer wireless communications.  He has published over 200 refereed papers and book chapters. Dr. Ding has served on a number of technical programs for SPS workshops and conferences. He was associate editor for IEEE Transactions on Signal Processing from 1994-1997 and again from 2001-2004. He also served as associate editor of IEEE Signal Processing Letters from 2002-2005. He was a member of technical committee on Statistical Signal and Array Processing, member of technical committee on Signal Processing for Communications (1994-2003), and a member of the IEEE SPS Technical Committee on Multimedia Signal Processing (2001-2006).  He was a member of the Editorial Board for the IEEE Signal Processing Magazine. Dr. Ding was on the Organization Committee of ICASSP 2005 in Philadelphia.  He was the Technical Program Chair of the 2006 IEEE Globecom.  Dr. Ding is a Fellow of the IEEE. Dr. Ding is named 2004-06 Distinguished Lecturer by the IEEE Circuits and Systems Society. He also received the IEEE Outstanding Instructor of the Year Award in 2002 for contributions to electrical engineering education from the IEEE student section in University of California, Davis. Dr. Ding has held visiting positions in Australian National University, Hong Kong University of Science and Technology, NASA Lewis Research Center, and USAF Wright Laboratory. Prof. Ding has active collaboration with researchers from several regions including Australia, China, Japan, Canada, Taiwan, Korea, Singapore, and Hong Kong. He is also a visiting professor of the Southeast University in Nanjing, China.

Prof. Inkyu Lee (S'92–M'95–SM]01–F]16) received the B.S. (Hons.) degree in control and instrumentation engineering from Seoul National University, Seoul, South Korea, in 1990, and the M.S. and Ph.D. degrees in electrical engineering from Stanford University, Stanford, CA, USA, in 1992 and 1995, respectively. From 1995 to 2001, he was a Member of the Technical Staff with Bell Laboratories, Lucent Technologies, where he studied high-speed wireless system designs. From 2001 to 2002, he was a Distinguished Member of the Technical Staff with Agere Systems (formerly the Microelectronics Group, Lucent Technologies), Murray Hill, NJ, USA. Since 2002, he has been with Korea University, Seoul, South Korea, where he is currently a Department Head of the School of Electrical Engineering. In 2009, he was a Visiting Professor with the University of Southern California, Los Angeles, CA. He has authored or coauthored more than 180 journal papers in IEEE publications and has 30 U.S. patents granted or pending. His research interests include digital communications, signal processing, and coding techniques applied for next-generation wireless systems. Dr. Lee has served as an Associate Editor for the IEEE Transactions on Communications from 2001 to 2011 and the IEEE Transactions on Wireless Communications from 2007 to 2011. In addition, he was a Chief Guest Editor for the IEEE Journal on Selected Areas in Communications (Special Issue on 4G Wireless Systems) in 2006. He currently serves as a Co-Editor-in-Chief for the Journal of Communications and Networks. He was a recipient of the IT Young Engineer Award at the IEEE/IEEK Joint Award in 2006 and of the Best Paper Award at the Asia-Pacific Conference on Communications in 2006, the IEEE Vehicular Technology Conference in 2009, and the IEEE International Symposium on Intelligent Signal Processing and Communication Systems in 2013. He was also a recipient of the Best Research Award from the Korean Institute of Communications and Information Sciences (KICS) in 2011, the Best Young Engineer Award from the National Academy of Engineering in Korea in 2013, and the Korea Engineering Award from the National Research Foundation of Korea in 2017. He has been elected as a member of National Academy of Engineering in Korea in 2015, and is an IEEE Distinguished Lecturer. (Based on document published on 11 November 2019).

Mr. Shaobo Wang is a senior research expert in the field of wireless communication air interface system. He joined Huawei after graduating from Zhejiang University in 2000. From 2000 to 2008, he was responsible for the design of baseband receiver algorithms for the 3G UTMS system. From 2008, he led the R&D work of physical-layer and low-MAC algorithms in GSM, UMTS, LTE, and 5G NR systems, laying a foundation for the competitiveness of Huawei's network products. Since 2017, he has been engaged in leading the research of key 5G air interface technologies in fields such as coding, modulation, waveform, multiple access, multiple antennas, and RAN network architecture, as well as exploring new 5G-evolved air interface technologies such as eMBB, uRLLC, mMTC, and AI communication. 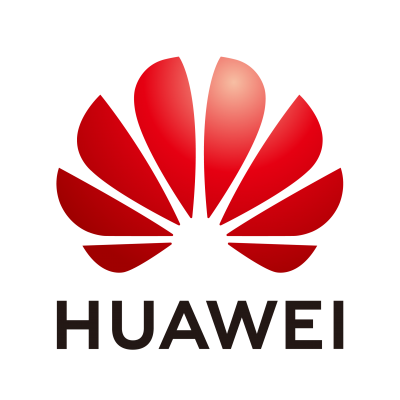 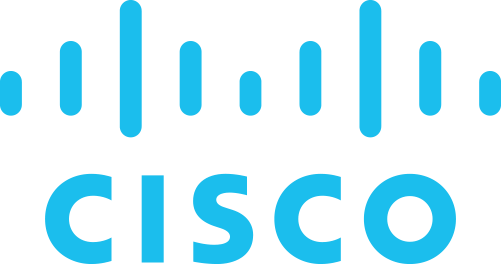